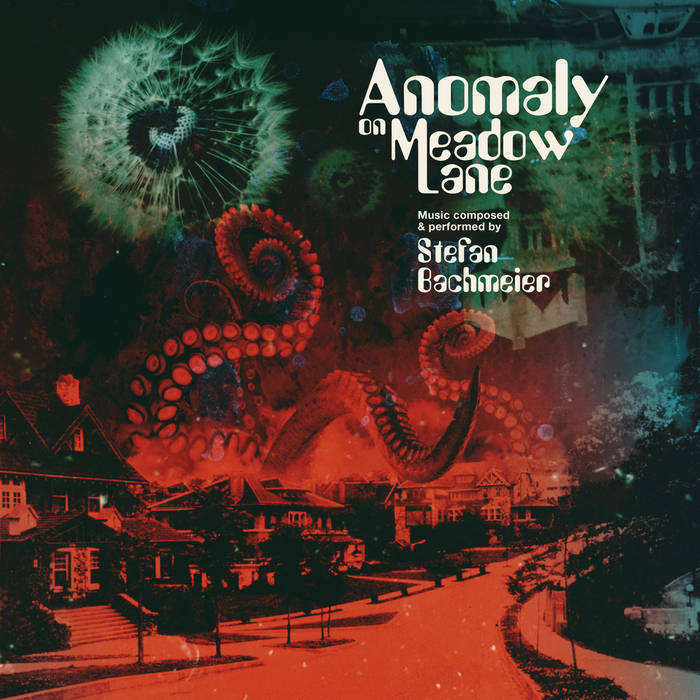 Spidrax Simply fantastic from start to finish. Favorite track: Something Came Out Of The Well.

Dirtyrobot I wish I had this on tape...

Martyn Stonehouse Simply fantastic! A must have for synth and soundtrack fans, well deserving of your attention. Favorite track: Leylines.

The shadowy Stefan Bachmeier was (or is?) both an author of short science-fiction stories and an electronic musician, who, in a short space of time, recorded a rumoured 50 concept albums to accompany his writing.

Having moved to the US from his native Germany as a youngster, shortly after WWII, Bachmeier initially failed to achieve the same level of success as a lot of his peers. However, his literary work received something of a renaissance after it transpired that a number of elements of 1990s TV show The X-Files were greatly influenced by and indebted to his work. When the first Internet message boards linked fans of his from all over the world, various manuscripts traded hands, and copies of his tapes were sent in the post to far-flung locations.

Ironically, the very technology that allowed for his cult status to spread did not sit well with Bachmeier's mental state. As computers became more prevalent, he became increasingly reclusive and paranoid. This eventually led to a complete nervous breakdown and, in the days leading up to his disappearance, he sent a series of increasingly bizarre and disturbing letters to his family. The contents of these scrawled notes predicted his exit, ominously suggesting: "I know too much" and "They will come for me. They will vanish me".

Whilst his current whereabouts are unknown, his work lives on through the tapes he recorded. We were contacted by one of his fans, Stephen James Buckley, who you may recognise as the musician behind Polypores. Buckley sent us a number of these tapes, painstakingly restored and re-mastered, in the hope of Bachmeier's work receiving a wider audience and acclaim.

This album is culled from the best of those tapes, its title ‘Anomaly On Meadow Road’ taken from a short story of Bachmeier’s. Set in an innocuous suburban town, a chance encounter with a strange hermit leads a lonely computer enthusiast to inadvertently open a portal to a parallel dimension, unleashing all manner of chaos on the unsuspecting residents. As was often the case with Bachmeier's stories, it is steeped in paranoia and distrust of a government who clearly know more than they are letting on. And there are creatures. Creatures with tentacles… So, if you dare, strap on a pair of headphones and prepare to enter the strange world of Stefan Bachmeier!