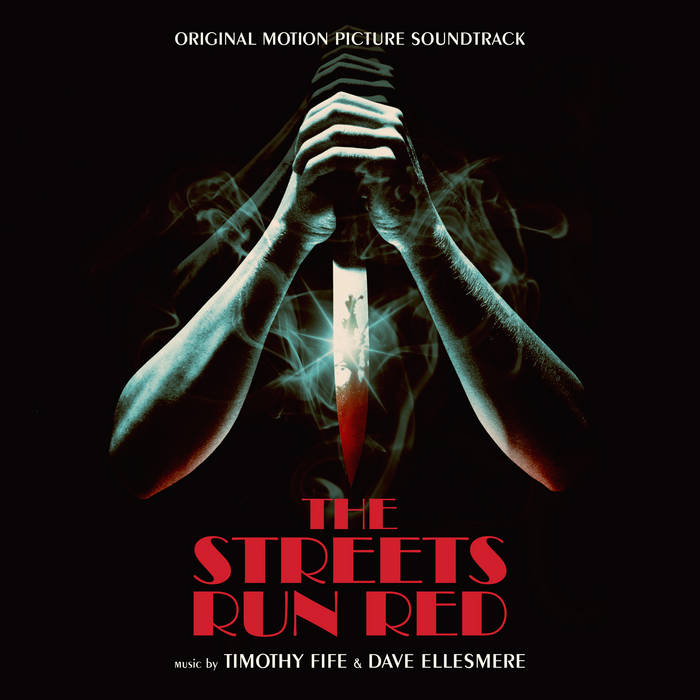 drivebyink Timothy Fife killing it with another release in '17. An excellent tape and release from Spun Out of Control. A great score. Favorite track: Murder And Self Defence.

The Streets Run Red follows two detectives on their endless, dizzying pursuit of a serial killer nicknamed "The Kubrick Killer". When they are stuck working the overnight shift they unknowingly share the building with the madman they've been hunting for years, while he spends the night in a holding cell awaiting bail on a coincidental manslaughter charge. Featuring horror and b-horror legends Tony Moran (John Carpenter's Halloween), Lloyd Kaufman (co-founder of Troma Films), and Suzi Lorraine (Bikini Girls On Ice and Model Hunger), The Streets Run Red is Ungovernable Films' stab at the classic giallo and 1970s crime thriller genres, but not without loads of their usual obscene fun!

The original soundtrack to the giallo-inspired Ungovernable Film The Streets Run Red accompanies the film wonderfully, borrowing from musical styles as diverse as the the inspirations for the film itself, such as Italo disco, experimental noise and electronica, jazz, techno, and countless others. These mesmerizing score tracks from composers Timothy Fife and Dave Ellesmere reflect the seamless nature of their partnership with writer/director Paul M McAlarney and their ability to create a sound perfectly interwoven with the film and its dark, exciting, and even humorous themes.

Fife and McAlarney began their working relationship in 2013 on the film Honky Holocaust, and Ellesmere joined the team the following year during the post-production phase of The Ungovernable Force. Timothy Fife lives in New Hampshire and has worked on a number of film scores as well as his own albums for Death Waltz Records.  Dave Ellesmere hails from England and Germany and has recorded and performed with legendary punk bands Discharge, Disgust, The Insane, and Doctor and the Crippens as a drummer, and is now a renowned electronic music artist and DJ.