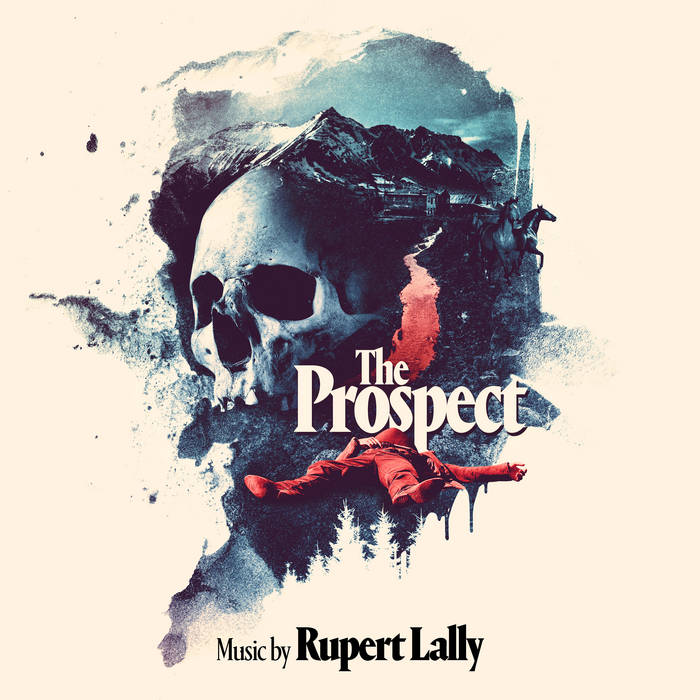 robosculpts A masterpiece! This album always gets play time. Looking forward to more soundtracks and projects from Rupert Lally. Easily one of my favorite purchases on Bandcamp.

Need this on vinyl. Favorite track: Edge Of The Union.

lilschlockofhorrors Haunting, chilling and full of dread, "The Prospect" tells a story of crime, desperation, deceit and sacrifice. Reminiscent of Morricone's minimal score for The Thing (1982), "The Prospect" will unsettle the most serene of winter nights 💀💀💀💀 Favorite track: Outlaws.

yoojiimbo Poignant album and story that will send chills down your spine.
Loved the heavy tone and how minimalist yet efficient the soundtrack was.
The organ bits are simply amazing! Favorite track: Outlaws.

The wind is ever present in this part of the world; a constant pedal tone to the events that unfold. Life here is hard, so-called towns are often little more than a few buildings clustered together around a single street. If “manifest destiny” had a northernmost frontier, it’s places like this - the very edge of the Union. Not even the great technological revolution of the age, the railway, has reached here yet. The only transportation is via horseback or the weekly stagecoach. You could say it was the sort of place where nothing ever happens.

Which is why it was the perfect place for a robbery.

At least that’s what the Delaney gang, led by Jack Delaney and his younger brother Bobby, thought. They were a crew of 5. At that time there were little or no banks in the U.S. People bought and traded in gold and silver and if you wanted to send money somewhere else, the only way to do so was via Wells Fargo stagecoach. The gang had been targeting Wells Fargo franchises in small towns all over the mid to northwest of the country for the past 2 years. Their methodology was simple enough: a robbery at the end of the month when local prospectors would come into town to send whatever gold they had across the country.

Only this time things don’t go to plan.

A gunfight breaks out between the gang and locals during the robbery, leaving all the gang except the Delaney brothers dead at the scene. Though Bobby is also wounded, the brothers manage to break out of town on horseback and head up into the mountains.

Leaving their horse behind as the terrain grows more rocky, the brothers continue on foot. Eventually making camp in a cave in the mountains. Jack tries to tend to his brother’s wounds but it’s no use and Booby soon dies from a mixture of blood loss and exposure. Hungry and cold, Jack is forced to cannibalise his brother’s corpse in order to stay alive. Jack begins to hallucinate that the ghosts of his brother and the rest of the gang have come back to haunt him and blame him for their deaths. Desperate to escape the horrific visions, he leaves the cave and soon comes across the corpse of a young man about his age, with his throat cut. Jack drags the corpse back to his cave and removes it’s clothes, swapping them for his own.

Heading back down from the mountain, dressed in the dead man’s clothes, Jack stumbles across the mining settlement of “Prospect” where he collapses in front of the shocked inhabitants.

When Jack regains consciousness after a few hours, he finds himself in the bed of a young woman who seems to believe he is her husband who went missing a few days before. Jack realises her husband must have been the man whose corpse he found. Terrified that the locals might hand him over to the authorities, he pretends to be the dead man, who he bares a resemblance to, telling the local doctor that he has no memory of what happened to him up in the mountains and can only guess that he’d hit his head and that’s why he has trouble remembering anything.

Tended by the young woman and the doctor, Jack’s health returns over the next few days and he slowly settles into the dead man’s life. For a while it seems he has escaped his past. Then a trio of outlaws ride into the settlement and terrorise the inhabitants, when they see Jack they react as if they’ve seen a ghost. Fearing that they have recognised who he really is, Jack kills all 3 of them, but as the last one is dying he claims to have killed Jack, up in the mountains. Hearing this the settlers surround Jack and knock him unconscious.

When Jack comes round he finds he has been tied to a rock up in the mountains, surrounded by the inhabitants of Prospect. The doctor explains the horrifying history of the settlement. The original settlers stole the land by murdering the local Indians that were living there. After a while the gold dried up and the settlement was nearly abandoned until the death of one of the prospectors, in a fight, caused the gold to flow once more. The settlers believed that the dying Indians had cursed the land and only a regular blood sacrifice would allow the gold to keep being mined. The young woman’s husband had been the latest sacrifice, the gang of outlaws had been paid to take him up to the mountains and spill his blood to appease the curse. At first the settlers believed that the outlaws had betrayed them, or that the dead man had escaped. It was only when the outlaws came back and were so terrified of Jack that they realised the truth and that Jack was an impostor. Now he too must be sacrificed, in order to keep the settlement’s terrible secret. The settlers descend on Jack and hack him to pieces.

Suddenly, the scene changes to a close up of Jack’s frozen corpse on the mountainside. Dressed in his original clothes, his body has been discovered by Marshals. The nightmare of Prospect was just the hallucinations of a dying man.